The Archaeological Museum is dedicated to researching, presenting and informing about the prehistoric, roman, mediaeval and more recent archaeology of Frankfurt and its surrounding countryside.We preserve and display discoveries of importance for the region and the city, from extensive excavations. These include, among others, the wide-ranging excavations - in the roman town of NIDA-Heddernheim,
in Frankfurt's old town, and in the former Jewish ghetto at Börneplatz. These are added to each year by new excavations carried out by the Historic Monuments Department.

Comprehensive collections offer an introduction to the classical antiquities of the mediterranean region and the archaeology of the ancient orient. Temporary exhibitions are intended to make the variety of the diverse cultures of ancient Europe known to a wide public. 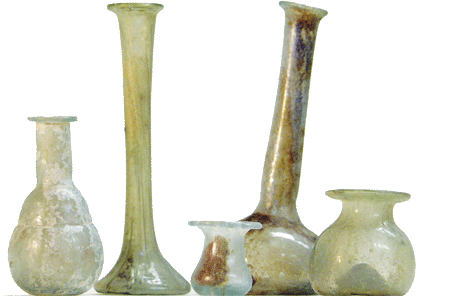 Moreover, the Archaeological Museum takes care of the open-air archaeological sites in the city: the Archaeological Garden by the Cathedral (Dom) with foundations from the first roman baths and the Carolingian imperial palace, the reconstructed roman pottery kiln in Heddernheim. An archaeological walk leads round the roman monuments in Nordweststadt. The museum publishes its research in its own expert- and a popular academic series, and in further publications.

We consider it a special duty to bring our early history, and the ancient world close to you. With our numerous extra programmes, children and adults alike can creatively re-live these vanished everyday worlds, experiencing them with all their senses. Our offerings expressly include people with disabilities.