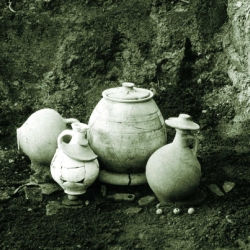 On the trail of the Romans 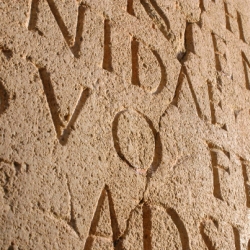 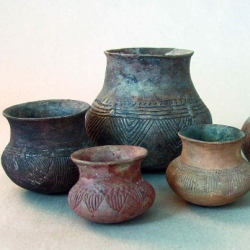 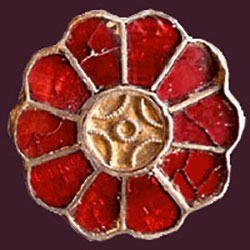 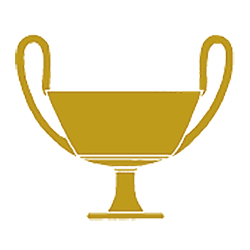 Frankfurt in the Early Middle Ages: The founders of Harheim
(in German only)
In 2008/2009, archaeologists in Frankfurt-Harheim uncovered rich depots of buried weapons, costly glass vessels and traditional jewellery made of gold and silver, from the period of the 6th to 8th century AD. These indicate the high societal status of the founding families of the Early Middle Ages, which settled here, with the agreement, or on the orders, of the Frankish lords, in order to protect a trans-regional transport route.

A guided tour on the subject of archaeology and elites in the Early Middle Ages in the area of the city of Frankfurt.

Franconofurd: The double child burial of the cathedral mount
(in German only)
In 1992, extensive excavations around the Frankfurt Dom uncovered a grave for two children from the Early Middle Ages, with extremely rich grave goods. One child was discovered to have costly jewellery, remains of textiles, an ivory amulet and other valuable objects, the other child had a ceramic bowl and bear claws. The guided tour concentrates on Christian and heathen religious beliefs in the Early Middle Ages, which existed contemporaneously in the Frankfurt of the 7th and 8th centuries.

A guided tour on the topic of archaeology and religion in the Early Middle Ages in Frankfurt.

We use cookies on our website. Some of them are essential for the operation of the site, while others help us to improve this site and the user experience (tracking cookies). You can decide for yourself whether you want to allow cookies or not. Please note that if you reject them, you may not be able to use all the functionalities of the site.